Analyses and opinions on double taxation between Poland and other countries

Do you run a business or work in different countries? Do you live in Poland but you earn your bread abroad? You might be exposed to the risk of double taxation, i.e. paying twice taxes on the same income. Relevant legal regulations and international agreements make it possible to avoid such a situation. Find out how and under what conditions.

Avoid double taxation of your income

We invite you to contact our tax advisors who will analyze your situation and prepare a tax opinion that will help you to avoid double taxation of your income or that of your employees. As part of our services, we will explain which method of avoiding double taxation is applicable in your case, calculate the income tax rates due, complete the relevant tax returns and documents, and help you pay taxes both in Poland and abroad. With us, you have the assurance that double taxation will be avoided in accordance with the provisions of international and domestic law.

If you or your employees fall under one of the categories listed below, you may be affected by the provisions on the avoidance of double taxation:

If you need a tax opinion on double taxation agreements, please contact us.

Such situations are prevented by special treaties to avoid double taxation. Poland has signed them with almost one hundred countries (full list on the website of the Ministry of Finance): List of Double Taxation Treaties (SDGs) (podatki.gov.pl)). They determine when and where remuneration received by residents of a country for work performed outside its borders can be taxed in the country where the income is earned and when it can be taxed in the taxpayer's country of residence.

The obligation of double taxation of income earned abroad can be avoided through:

Our publications on double taxation agreements with Poland 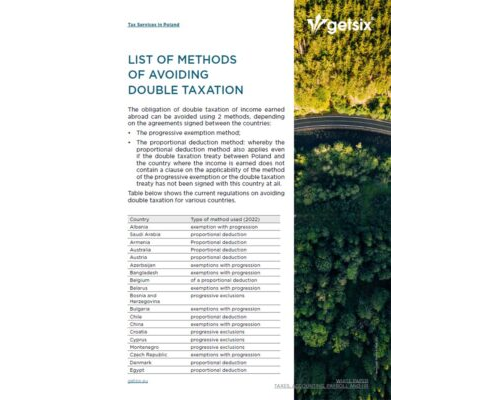 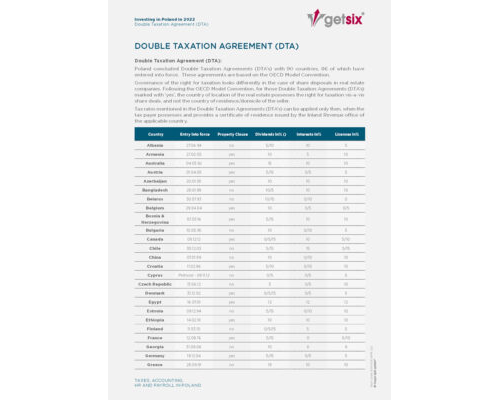 In addition to international double taxation agreements, taxpayers are also supported by domestic regulations, e.g. abolition relief allowance. The abolition relief allowance allows the amount of tax due to be reduced if no corresponding agreement on avoidance of double taxation has been concluded or if a method of proportional deduction that is less favorable to the taxpayer is provided for. However, due to new regulations limiting the abolition of this allowance, from 1 January 2021 Polish resident taxpayers (except sailors) earning in countries with which the proportional deduction method is applied under double taxation agreements, will pay in effect higher taxes, as the maximum amount of this allowance has been significantly reduced. 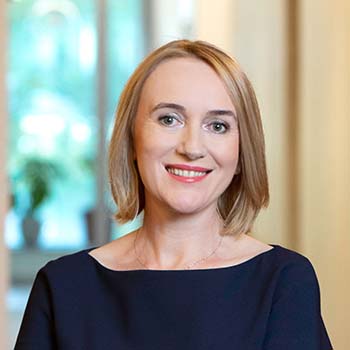 Financial Statements on a monthly basis

Financial Statements on a yearly basis

Compliance reviews and assistance with fiscal audits from tax authorities

Representing clients towards the tax authorities

Elaboration of internal Regulations
in the Area of Accounting

Co-operation with and the Preparation of Documentation for Auditors

VAT Registration - How to register for VAT in Poland?

Who is obliged to register VAT in Poland?

e-Service ‘Data as a Service’

Speak to a Customer Relations Consultant for Tax Services in Poland. An expert will respond shortly.

I would like to take this opportunity to express my thanks again for the very good cooperation, the quick compilation and processing of the data and the support for the shareholders' meeting. I do hope that we can meet again in person at the latest when we discuss the next deal.

Related news about on double taxation agreements with Poland 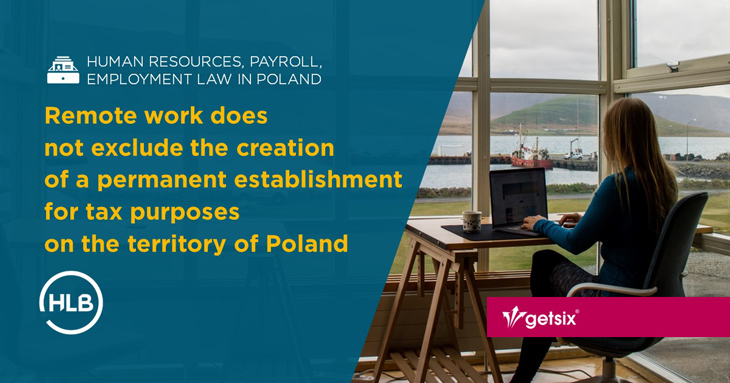 Nowadays, a flexible approach on working policies became one of the leading global trends on the job market. A growing… 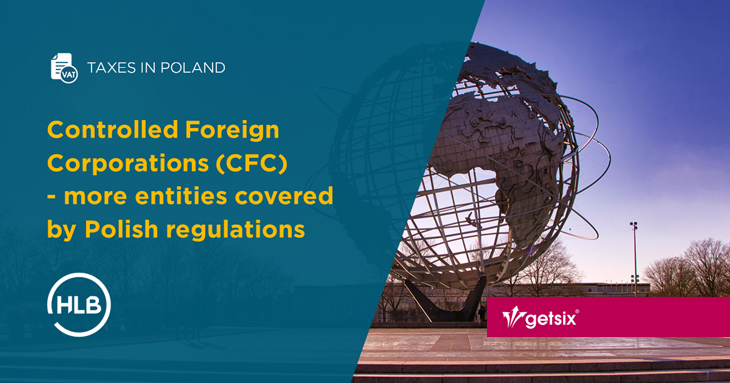 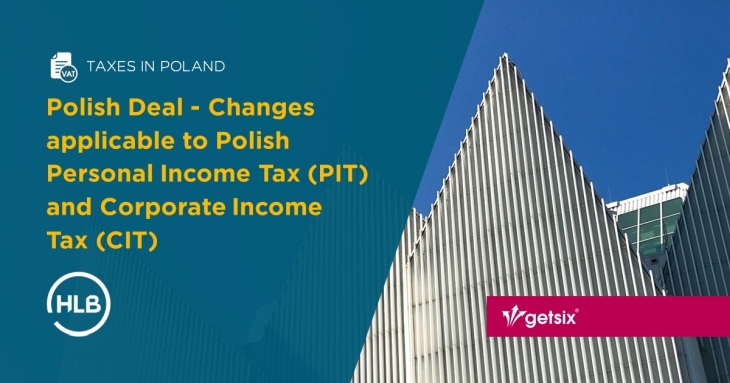 On November 15, 2021 the President signed into law the Act of 29 October 2021 amending the Personal Income Tax…