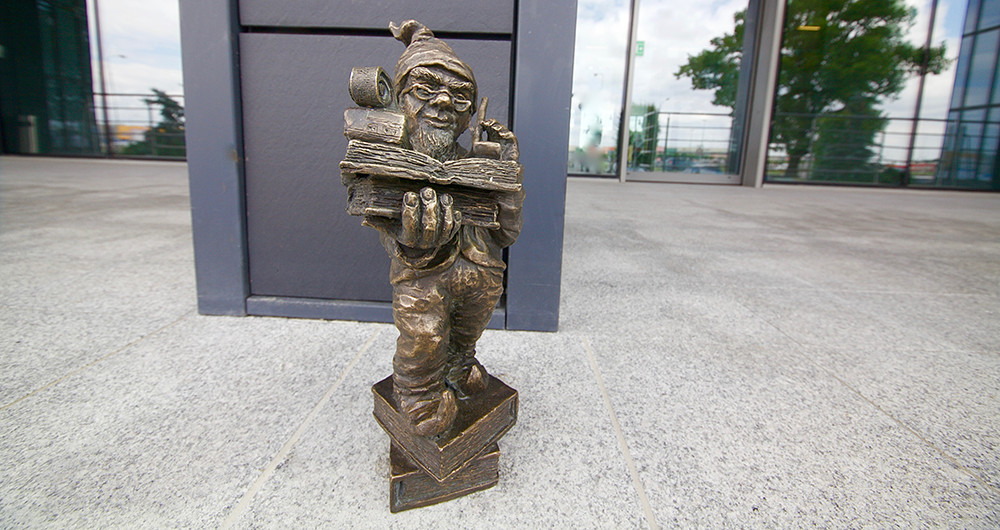 Meet our Patron 'Buchalterek' which has moved to Wrocław and his main task is Accounting from the step at getsix® Wrocław building. Read his story.

Once upon a time there was an accountant named 'Buchalterek'. He was considered a bore among the dwarf community in Wrocław. "The Accountant" snapped the other dwarfs as his sight... what he could know about the world around him. With his nose forever in the dwarf accounts, constantly reading, counting and purposefully writing down. This was, however, the only time in the year when Buchalterek became a star! It was the time when all the other dwarfs hated putting together their dwarf income tax declarations. At this time, all the inhabitants of the dwarf world looked at our hero in admiration and he himself grew in their eyes, caressed by the flattery of others. Feeling needed, even irreplaceable for the rest, at this time, he was on everyone’s lips.

Just like every year, around the deadline for submission of the dwarf tax declarations, Buchalterek was sitting at night and browsing through documents, adding, subtracting, posting, filling in tables, with almost no end. The actual work itself went smoothly, however continuous telephone calls, or the constant doorbell ringing, slowed down his work. The last dwarf brought his documents, with a pleading look at Buchalterek and begging, "Still I... Still my tax declaration..."

Buchalterek did not refuse to help any of his dwarf brothers, whether it was 'The Sleeper', 'The Prisoner', 'The Guards' or even the whole 'Dwarf Orchestra'. Even this year 'The Professor' knocked on the door of his humble home and pleaded with his so-called enemy, "Please help me... I do not understand anything". Even the hard-working 'Sisyphus' took a break to ask Buchalterek to help him in the last moments to perform a difficult task.

Buchalterek would mutter under his breathe due to these last minute tasks, however, he was incredibly happy that all the dwarfs came to him. He felt the hero of the season. He felt irreplaceable, fantastic, and unique in his profession. Tired with the amount of work he had, sometimes he fell asleep over the documents.

Ddddring... ddddring... ddddring... rang the phone in Buchalterek’s house, he answered it. "I am the Treasurer, from the dwarf tax office. I have checked whether everyone has made their tax declarations correctly, but I do not see yours and the last day of declarations has expired yesterday". "Oh my god" Buchalterek said shaking his head. He had made all his declarations for the dwarves, but had forgot to send his own to the Treasury, it still lies on his desk. The Treasurer scowled, wagging his finger while on the phone, and with a serious voice said "Your failure is punishable". Please contact me tomorrow to pay your fine".

What a shame, Buchalterek thought, how could this happen? With tears in his eyes, he thought for a long time. Suddenly he comes up with an idea that he is old-fashioned. I work with a counter, a piece of paper and a pencil, and every year there are more and more dwarves, he thought. I require now a good computer and a modern accounting system...

Drrrring... dddring... this time someone rang his doorbell, at which point Buchalterek woke up all sweaty and full of fear. At the doorstep stood the 'Dopey' with documents in his hand... please my... he whispered pleading. Buchalterek has very warmly embraced this surprise failure, "it was only a nightmare" he shouted a loud, only a bad nightmare.

Frightened by his nightmare, the next day Buchalterek went shopping. He was now heavily armed and thus he has now became the best technically educated and modern accountant in the dwarf world.

Photo gallery of our Patron 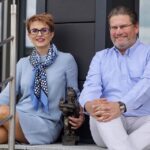 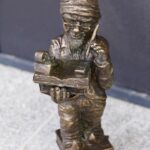 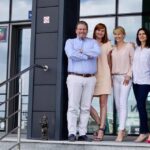 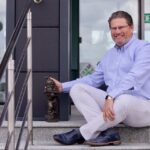 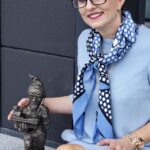 Monitoring of Capture and Transformation