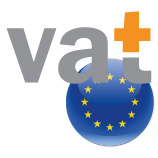 Angel Gurria, the Organisation for Economic Co-operation and Development (OECD) Secretary-General has requested a collective effort on the design of temporary, short-term measures to tackle the international tax challenges of the digital economy.

When speaking at the Group of Twenty (G-20) Finance Ministers and Central Bank Governors meeting held in Washington in the middle of October, Gurria said:

There is now a very high public pressure on governments to act and calls to move quickly to ensure that there is fair taxation of digitalised businesses. Thus, the risk of unilateral measures is increasing, and with it, the potential for negative spill-over impacts. Unilateral measures would undermine the collective efforts undertaken, as well as the results achieved so far, collectively, in the G-20. To make progress, we must continue to work together, to move collectively.

Gurria added: “To do so, we must address the core issue: what does it mean to create value in a world where a business may have a significant commercial presence and a large digital footprint, but minimal or no physical presence in a jurisdiction? To answer this, we must closely consider the new business models and value-chains which digitalisation creates. We must identify the principles, applying to both traditional and digital businesses, which we would use to design the new international tax framework if we were starting from scratch.”

Gurria said that countries “must put forward a long-term, sustainable solution that does not discriminate against or seek to ring-fence the digital economy,” adding that “digitalisation is indeed quickly creeping into almost all business models. Thus, we are not talking about how to tax digital companies, but rather to tax a digitalised economy.”

“The BEPS project has been a success because we worked together. We need to maintain this momentum for international tax cooperation, and call on you to affirm your support for this roadmap towards a consensus-based approach to the taxation of a digitalized economy,” he said.

Gurria also said in April 2018 the OECD will deliver a report containing concrete proposals on the issue, and a meeting with stakeholders will be held this month to prepare the draft of the report.

Following the launch of the European Commissions of a new agenda on 21st September, which seeks to ensure that the digital economy is taxed, Gurria’s remarked “in a fair and growth-friendly way”. This could lead to the announcement of new tax rules by the Spring of 2018 – possibly a tax on turnover rather the profit, an online advertising levy, or a withholding tax on payments to digital businesses.

Many countries have made substantial progress in ensuring that their preferential tax regimes do not give rise to ‘Base Erosion and Profit Shifting’ (BEPS) issues, according to the OECD’s new peer review report under Action 5 of the BEPS Action Plan.

This BEPS Action 5 standard covers tax incentives – preferential tax regimes – that apply to mobile business income, such as financial and services income and income from intellectual property, which multi-nationals can shift with relative ease.

All 102 member countries of the ‘BEPS Inclusive Framework’ have committed to ensuring that any regimes offered meet the criteria that have been agreed as part of BEPS Action 5, to avoid a race to the bottom and negative spill over effects on other jurisdictions’ tax bases. Critically, this contains an obligation that taxpayers benefitting from a regime must themselves undertake the core business activity, guaranteeing the alignment of taxation with genuine business substance.

According to the progress report released on 16th October, 2017, all 102 members of the ‘BEPS Inclusive Framework’ have made substantial assurances to guarantee that their tax regimes meet the planned criteria. The ‘Action 5 Progress Report’ on ‘Preferential Tax Regimes’ includes, the review of 164 preferential tax rules offered by ‘BEPS Inclusive Framework’ members against the Action 5 standard.

From the 164 rules in the last twelve months:

The Director of the OECD centre for Tax Policy and Administration Mr Pascal Saint-Amans, said:

These outcomes demonstrate that the political commitments of members of the Inclusive Framework are rapidly resulting in measurable, tangible progress. The jurisdictions concerned are already working to address the harmful tax practices in their preferential regimes. In fact, countries have already changed or are changing almost 95% of the regimes where action is needed.

The Chair of the Inclusive Framework on BEPS Mr Martin Kreinenbaum, said “Harmful tax practices are a particularly aggressive way through which jurisdictions can encourage the erosion of other jurisdictions’ tax bases. It is critical that they be addressed, to protect the level-playing field and prevent a race to the bottom. The Inclusive Framework’s peer reviews are resulting in real changes to these tax incentives, making it harder for multinationals to artificially shift their profits around the world for a tax advantage.”

The European Economic and Social Committee (EESC) has called on EU Member States to work collectively to achieve mutual international regulations for the ‘collaborative economy’.

The EESC has accepted an opinion on the taxation of the collective economy. The opinion covered both direct and indirect taxes. Also the EESC insisted national authorities to improve their co-operation and adapt their regulations to the changing economic environment, and to offer a clear set of rules on tax obligations. In particular, the EESC stressed that only a genuinely European approach, with a common and integrated legal framework with co-ordinated and co-ordinated regulations, will be able to properly address the digital economy.

The opinion contended that the introduction of a reasonable income threshold could help regulate the taxation of revenue. It suggested that EU and national legislators follow the principle of neutrality, in order to guarantee market access and fair conditions for conventional and new forms of business. The opinion also recommended that more information about tax obligations should be communicated to the general public.

Rapporteur Giuseppe Guerini, said: “The legal framework must lead to a fair and balanced tax system for all economic activities and business models, without limiting the collaborative economy’s potential to provide jobs and growth”. Guerini also said that it is “important to make a clear distinction between businesses in the collaborative economy that merely make use of existing value and those that actually create shared social value by increasing citizen participation”.

Co-rapporteur Krister Anderrson, added: “Tax regulation must be in line with the Commission’s overall objective to tax profits where they are made. Businesses in the collaborative economy should be taxed the same way as other businesses in the member states. European authorities must establish channels of cooperation beyond Europe in order to lay down some ground rules for a truly digital economy”. 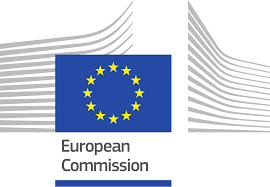 Several challenges to these reforms

Yet, these far-reaching reforms are extremely ambitious, and face several challenges.

The details of the reforms are still vague, and suggested amendments to the VAT Directive will not be formed until 2018. This allows very limited time to debate what are highly contentious changes – including Member States conceding tax collections to other EU countries.

The 28 countries of the EU have so far had very limited time to assess and comment on the plans. It is possible that they will be hesitant to accept the CTP scheme without additional consideration. They may therefore push to detach the CTP scheme from the 4 Quick Fixes to make progress on the former. Member States may also want more discussion on the destination-based VAT system, as it involves those surrendering VAT collection rights.

Additionally, to these considerable B2B changes, the EC is also planning a large simplification of the B2C cross-border VAT reporting regime. This includes moving to a single VAT return report for sellers of goods to consumers across Europe. Make an attempt to change two massive VAT reforms is ambitious based on past performance, and could cause delays to one or both revamps.

Any resistance from the business community?

The EC has made good progress on the fundamental technology required for a destination-based regime – its similar 2015 B2C MOSS for electronic services has been a comparative success. Though, for this round of reforms, taxpayers will have to plan for huge reconfigurations of their accounting, ERP and stock control IT systems. Changes of this level of intricacy normally take international companies up to 5 years to implement. Small enterprises are unlikely to have low-cost accounting packages instantly available for them to benefit from the changes. The difficulty of tracking which customers or suppliers are CTP’s will also require major changes and supplementary bureaucracy for all businesses.

‘The Digital Economy’ under review by the EU regarding taxation

The European Commission (EC) has launched a consultation on the difficulties connected with taxing the ‘Digital Economy’.

The main aim of this consultation will be to help the EC in defining an approach to the taxation of the ‘Digital Economy’. The EC’s aims include fairer and more effective taxation, supporting public revenue, and safeguarding a level playing field across businesses. The EC also desires a new system to support EU growth and competitiveness through the Digital Single Market.

Nobody can deny it: our tax framework does not fit anymore with the development of the digital economy or with new business models. Member States want to tax the huge profits generated by digital economic activity in their country. We need a solution at EU level, bringing robust solutions for businesses and investors in the single market.

The consultation will take the form of a questionnaire. It explains that the EC is “exploring possible options to solve some of the taxation problems that digitalisation brings”. It also states that the EC “believes that a two-step approach might be needed: first a targeted, temporary solution followed by a comprehensive, long term one”.

With regards to temporary solutions, the consultation explains that the following possibilities have been acknowledged:

With possible long-term solutions being:

Respondents are asked to specify how far they believe each of these options would help to solve the issues acknowledged.

The consultation will close on the 3rd January, 2018.

The EC is presently working on new suggestions on digital taxation, which it will present in early 2018. The contributions to the consultation and a report on the feedback received will be published in early 2018.

Finance Ministers from the EU have failed to reach a political agreement on adopting plans on reforming VAT rules for e-Commerce.

Concession text was presented by the President of Estonian during a meeting of Finance Ministers on 7th November, 2017. Although the text “received broad support from ministers,” one unnamed delegation “was not yet able to lift its reservations”.

The suggestions form part of the EU’s digital single market policy. The purpose is to extend the existing EU-wide portal (the mini ‘one-stop shop’) and to create a new portal for distance sales from third countries. The suggestions are expected to decrease the costs of complying with VAT requirements for business-to-consumer transactions and reinforce administrative co-operation. They would make online platforms accountable for collecting VAT on the distance sales that they facilitate.

The purpose is for Ministers to debate the scheme again when they meet again in December. The EC must universally agree on the package for it to be applied. The European Parliament is expected to give its opinion soon.

The Minister of Finance for Estonia Mr Toomas Toniste, said: “We need new rules to adapt our VAT system to the digital era. We are currently close to an agreement and hope to conclude soon.”
Vice-President of the EU Valdis Dombrovskis remarked: “We regret that ministers could not reach a political agreement on the VAT e-commerce package today. But good progress was made and hopefully the deal can be sealed at the December ECOFIN”.